Laos will not be able to immediately achieve its goal to improve its ranking for Ease of Doing Business (EDB) from three to two digits because the implementation of newly-promulgated and amended laws will take time to enforce.

This was the message relayed by the Minister of Planning and Investment, Dr. Souphanh Keomixay, as chair of a workshop held on Thursday titled “Business Regulatory Reform based on PM Order No.02 and Knowledge Exchange with Malaysia”.

The objective of the workshop was to hear success stories from Malaysia and learn how it had improved its EDB ranking from 24th in 2018 to 15th in 2019.

In June this year, the prime minister told the National Assembly the government would strive to intensify measures this year with the aim of improving the business climate by 2020 so that Laos’ ranking would rise and the two-digit objective be achieved by 2022.

Dr. Souphanh said the enforcement of newly approved and amended laws and regulations governing the business and investment sectors and aimed at a more business-friendly climate had not been properly implemented.

“Clearly, the implementation of Prime Minister Order No. 02 on improving the business environment was a milestone and remarkable progress has been made by the ministries concerned. But there is still a lot more to do in terms of disseminating legislation and personnel capacity building,” he said.

Dr. Souphanh said the Ministry of Planning and Investment had complied the upgraded measures and revised regulations, and submitted a report to the World Bank Group for its 2020 assessment report.

The report submitted to the World Bank Group contained two categories of content, namely data updates comprising 14 units and data corrections consisting of 10 items.
Several important indicators out of the 10 indicators involved in the report were indicator 1: starting a business; indicator 2: dealing with construction permits; and indicator 3: getting electricity.

“Some indicators might not bring about positive change in the short term because they are associated with the improvement of other indicators,” Dr. Souphanh said.

He said Laos hoped to learn from Malaysia’s achievements in improving its business climate as the country is now the second ranked Asean nation after Singapore.

Country Manager of the World Bank in Laos, Mr. Nicola Pontara, attended the workshop along with a number of ministers, deputy ministers, director generals, deputy director and diplomatic officials from the Malaysian Embassy to Laos, as well as members of the private sector.

Mr. Pontara said the World Bank Group was delighted to support the Lao government to improve its business environment, which was critical for economic growth and socio-economic development and allowed the private sector to play a larger role in generating jobs and improving livelihoods.

Laos is a small-sized market and heavily dependent on foreign investment, but the improvement of the business environment is critical, he concluded.

At the workshop, Dr. Izha Che Mee, a technical expert from Malaysia Productivity Corporation, talked about setting up institutional mechanisms for reform and ensuring accountability and other important elements that were key factors for Malaysia’s achievements in EDB improvement.

Minister of Planning and Investment Dr. Souphanh Keomixay on Thursday addresses the workshop alongside the Country Manager of the World Bank Laos, Mr. Nicola Pontara. 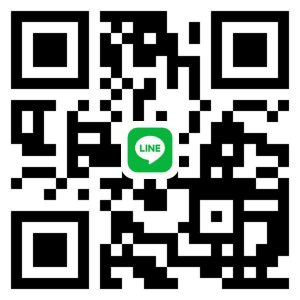